Posted by Herboitoy at 5:21 AM No comments: 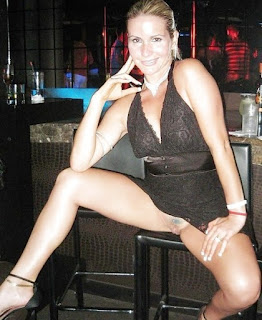 Posted by Herboitoy at 10:29 AM No comments:

A Treat for cucky

Don't be silly, of course she won't do this for me, but if I've been good sometimes she'll let me watch her do it to HIM

Posted by Herboitoy at 6:41 AM No comments:

Another Pie for hubby

Yes, you might say that cleaning up after HIM is an acquired taste because now that she has fed you so muck of HIS ilk you begin to look forward to it

His Desent into Submission

She Dosen't Care who Knows

Posted by Herboitoy at 5:31 AM No comments:

Bringing your Boss Home for Dinner

"Sweetie why don’t you go out and get us some wine while your new boss and I get to know each other a little better."

Posted by Herboitoy at 6:09 AM No comments:

When HE Stays Over

This is how she dresses for bed when HE stays over, when she sleeps with you she wears flannel PJs

Posted by Herboitoy at 5:08 AM No comments:

http://www1.asstr.org/files/Authors/Bakeboss/A%20Christmas%20Party%20Tale.txt?nocache=reCIVFVyfILxVjpRPtmT Click on the above link to read about a husband coerced into playing Santa for his wife's company Xmas party. Not only did he get lucky with one of the naughty wives at the party his wife got lucky too
Posted by Herboitoy at 5:21 AM 1 comment:

A Night of Humiliation

It had started as a typical night for us, I naked except for my cock
cage on my knees in front of my seated wife. She was relaxing after work
with a glass of wine as I massaged her stocking covered feet. I put her
toes to my lips to taste that hint of sweat and the pheromones of her
scent was causing my member to ache inside its confinement.

Suddenly our front door opened and I heard my sister call out in
greeting. I was sure I had locked the door but maybe I had forgotten. I
started to jump up to hide my nakedness from sis but the look from my
wife froze me in place. Eve called out that we were in the den and to
come on back, my look of panic only caused her to smile. I was
completely humiliated but I knew not dare defy Eve's wishes and so I
remained where I was but now with my cheeks turning pinker by the
second.

As it turned out this evening had been planned, after Eve told my sis
about how she dominated our marriage she expressed an interest in seeing
for herself. "Roger go get your sister a glass of wine and refill mine
as well." When I returned I found them in a deep embrace and kissing
with passion. They ignored me as I stood there with the two glasses of
wine in my hand. When they broke their kiss I was instructed to give
Mary a foot massage so I took off her boots and when I started to peel
off her heavy white socks Eve told me to leave the socks on her feet.
The socks were very damp and the aroma of sweat was strong but I did as
I was told. "Eve did he ever tell you that he used to steal my panties
from the hamper when he lived at home?" "Is that true Roger? My wife
asked me and I could only nod, "If he does a good job on your feet
maybe you could reward him with another sniff of your panties."

They continued to talk to each other as I was ignored si I continued
rubbing their feet. Finally bored with me, Eve pushed me away by
putting her foot in my face. My sister stood and Eve reached up her
skirt and soon I saw her panties sliding down her thighs. Eve picked up
Mary's panties and placed them on my face so my nose and mouth were
tight against the crotch and then she wrapped the leg holes around my
ears to keep them in place. They then went hand in hand to our bedroom
as I was left caged and aroused with the remembered scent of my sister's
panties in my nostrils.
Posted by Herboitoy at 5:36 AM 2 comments:

Why are you looking at me like that, you're the one who said you wanted me to take charge in the bedroom. Now hand me that lube and get on your knees, I'm ready to take your cherry

Hubby is About to get Spanked

We chose a ring service which more identified with how our lifestyle. I knelt before her, slipped off her shoe and said, "With this ring I promise to serve and obey," and then I leaned down and kissed her delicate toe in front of our friends and family

Posted by Herboitoy at 5:57 AM No comments:

So hubby did you notice a unusual taste when you kissed your wife when she got home, or maybe her lips always have that taste?

Hubby can Only Watch

HE has instructed my wife to do this in front of me every morning just to make sure I know what I'm missing out on.